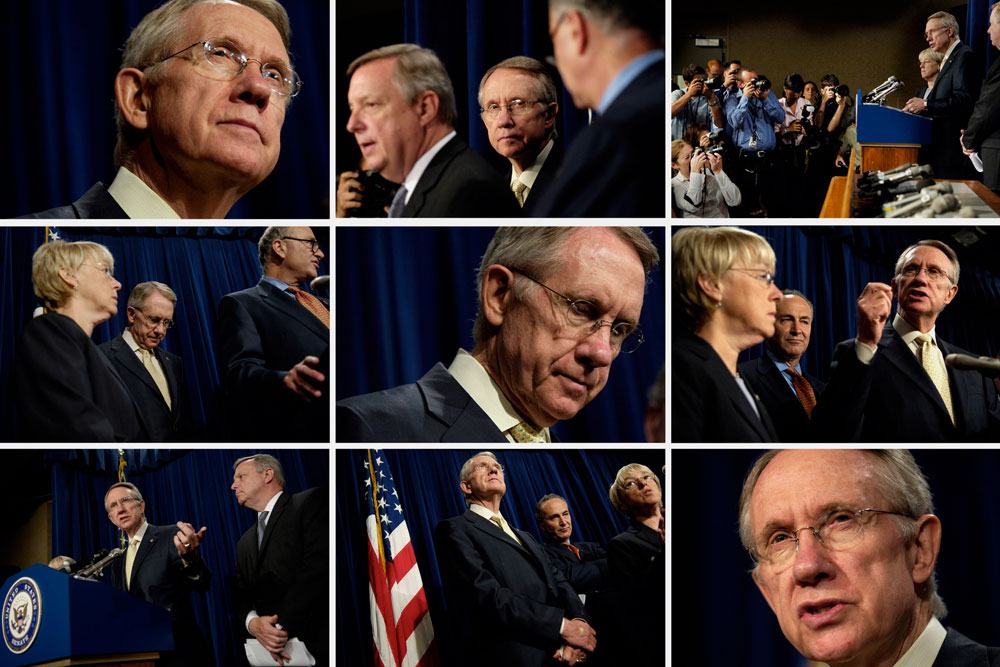 I'm often asked why photojournalists shoot so many pictures of the same situation. I was photographing Senate majority leader Harry Reid as he was reacting to the interim report submitted by the Bush White House on the war in Iraq.

As I was angling for position, a reporter asked, "Don't you think you have enough of this guy?" It struck me as ironic that she took detailed notes while Sen. Reid spoke so she didn't miss anything.

Photojournalists can take hundreds of pictures as they work, capturing different angles, facial expressions, and gestures with the intent of telling the story in a single creative, compelling picture.

Like the reporter taking notes, we don't want to miss anything in our quest to make that one image. It can be nerve-racking because when the event is over, the opportunity for more pictures is, too. There are no follow-ups. So I shoot and shoot – and shoot some more – because I don't know when the best moment will come, and it's not just about taking pictures, it's about telling stories.